Alan Roura is a Swiss skipper who is the youngest of the 29 skippers who were part of Vendee Globe expedition that ended recently, having started on November 6th. Alan crossed the finish line in Les Sables with seven solo racers still on their way to reach the finish line. About eleven skippers have already completed the race while eleven others had to abandon the race at different stages. 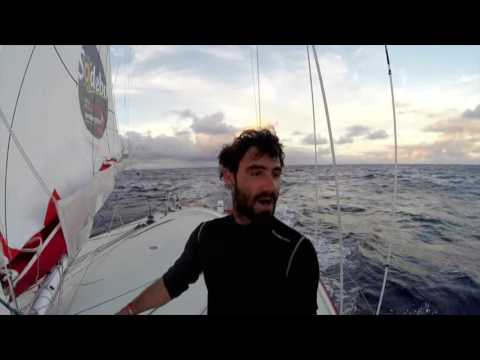 Roura at 23 years of age has been one of the successful sailors to have completed this grueling tour and reach the finishing line. He struggled with light winds towards the end of the trip for which his speed was slowed down considerably.

However, he was upbeat about the fact that he was reaching the finishing line and in the final message that he sent out from the sea was that he was happy to have accomplished what he did with a boat that was seventeen years old – and now he was off to charter a Yacht in Dubrovnik!

Hence, having such a vessel with him it was probably the best he could do. Also, he states that having sailed with veteran sailors like Rich Wilson, Fabrice, Cali and Eric was a great honor and that he has no regrets for how the trip had gone. He talks about his boat that is named Superbigou.

It has been built in Lesconcil by a Swiss sailor and was based on a 1997 Pierre Rolland boat design. He is happy that he and his boat were able to complete the race successfully. Stamm the owner had also participated in the boat in the Vendee Globe in the year 2000. However, at that time he had to retire from the race as there had arisen steering and rudder problems. It seems that Roura was destined to steer the boat and successfully complete what Stamm started.